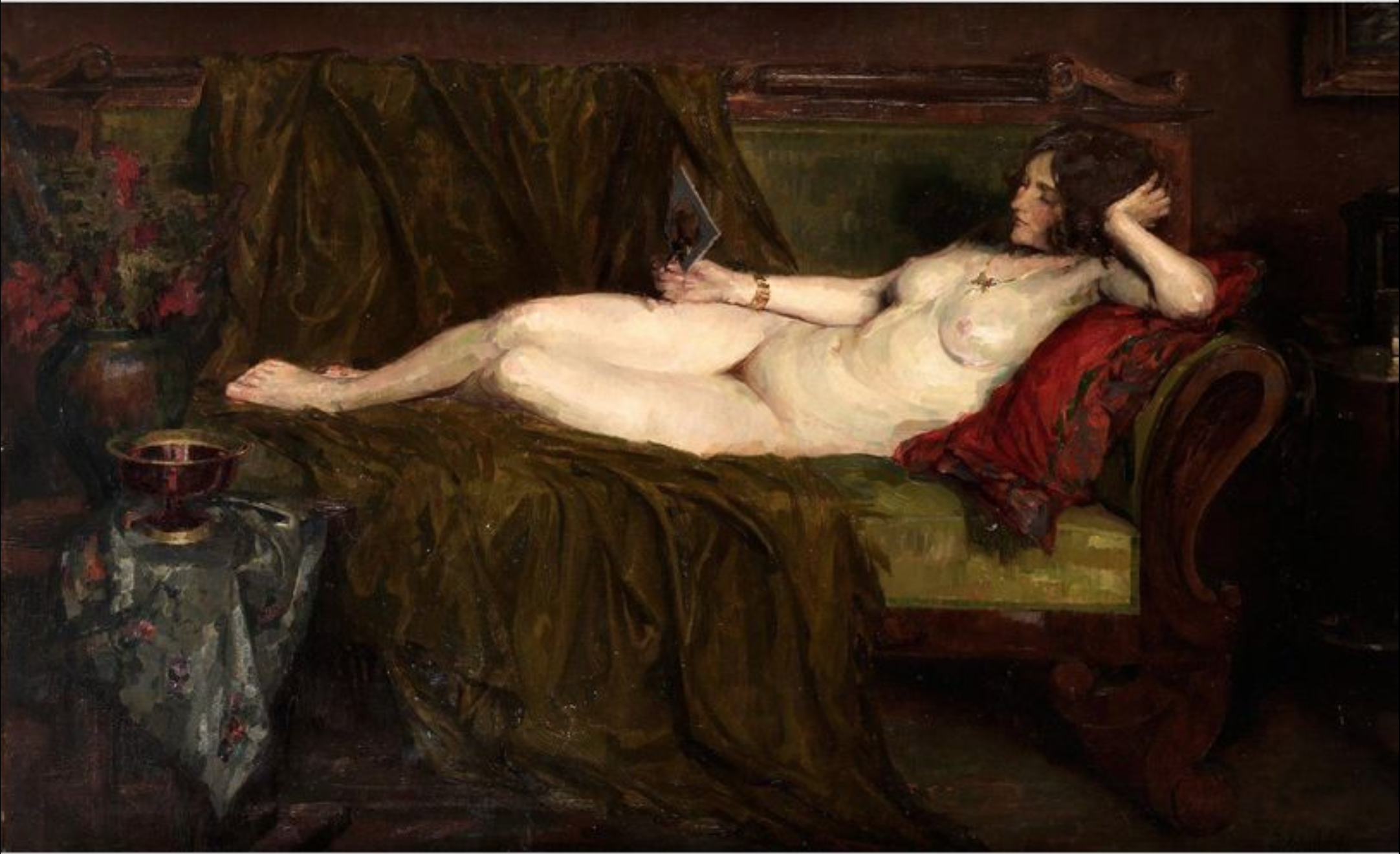 The work of Jacques Sternfeld, dated 1925, is an oil on canvas representing a naked figure, almost life size. A black and gilded frame, period, stylizing bay leaves, surrounds it soberly and elegantly.

In a suave interior, as if kept secret, a woman lying on a sofa rests: she is naked, realistic and dressed in a single Art Nouveau style necklace, she drops her head, with short hair, on her left hand, and holds a small fan of the other. Everything exudes voluptuousness, in audacious green and red colours, where the whiteness of the skin bursts between the fabrics, cuts, flowers and the few objects that furnish this Japanese atmosphere, orientalizing, simple but luxurious…

The woman depicted on this canvas, unknown, unnamed, carries in herself several codes ranging from the Renaissance to the 1930s, making the canvas as intriguing as classic. If his nudity, without historical pretext, can remind the risky audacity of a Goya daring a brazen nude, she is not provocative at all, and seems absorbed in a reverie that does not include any spectator, or pretends not to notice it. She reminds the great tradition of women lying down, more dressed, for their part still defying the spectator with a look. Our model, here, oscillates between a dreamed nineteenth, an art nouveau worn in necklace, and abandoned in favor of a short cut, without the androgynous body of his time, and leaving the door open to the figures of Tamara of Lempicka.