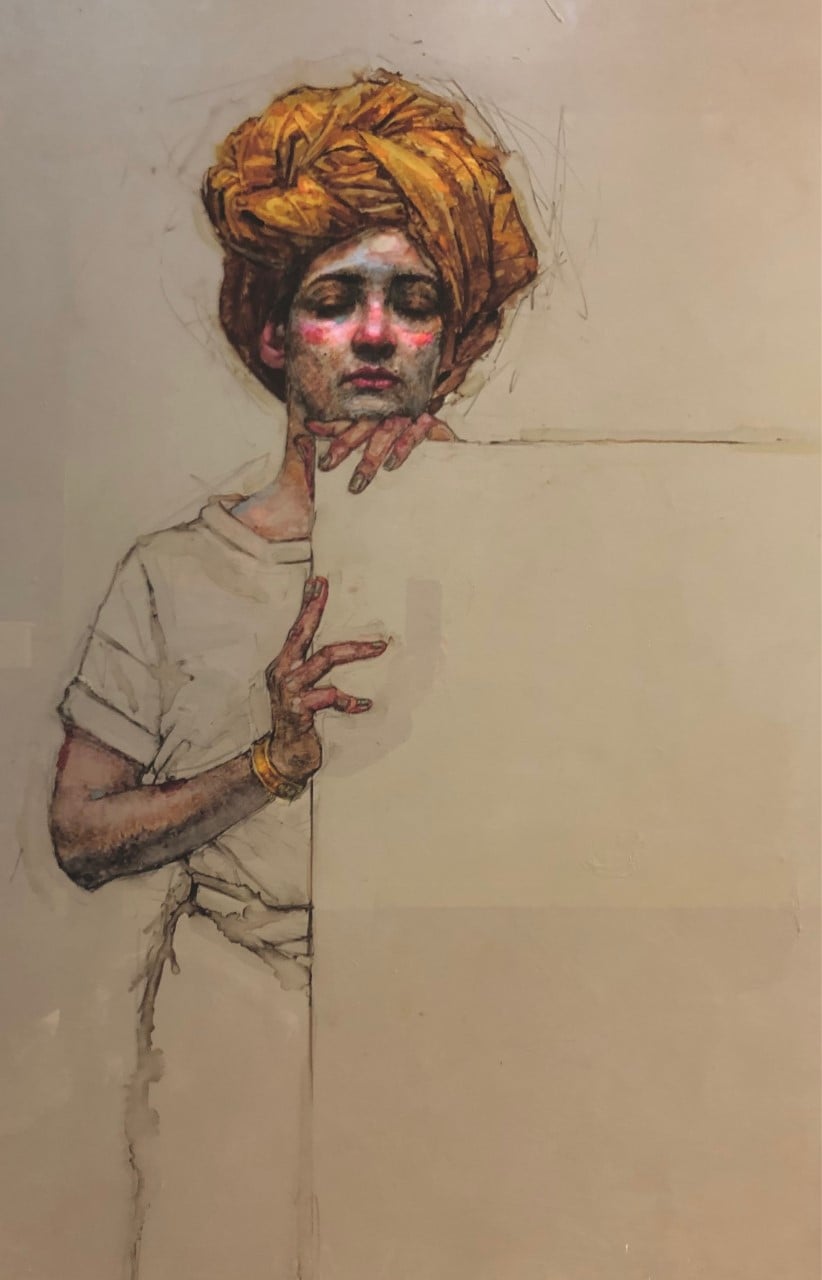 H. Craig Hanna, still using ink, and without acrylic here, creates a new figure on Perspex. On a rarer format, medium in size, but typical in its production, you can currently find this work in the window, welcoming you once again to the gallery.

In an off-white space, without clues and without decorum, stands a figure, represented from head to thigh. She is half hidden on the lower left side of the body by an almost abstract shape in its rectangularity and its lack of graphic treatment. Is it a solid block, structuring the decorativeness of the model’s golden headdress, or a simple, large white sheet on which everything can still be written? The woman, however that may be, holds this shape with these two hands, jeweled, she wears the turban, a light dress that blends into the decor and only her face, calm, with closed eyes, brings a colorful break to this rhythmic set of white tones.

The golden turban of the headdress makes the spirit of Ingres hover around him, in a less advanced Orientalism but palpable in its decorative sensibility. But here, the woman is not naked, she is not offered, she gives off a real contemplative and interiorized thought. She seems mistress of the void which announces creation. His hands, also colorful and more detailed than their surroundings, are reminiscent of another artist: Schiele, who draws other hands, even more cartilaginous, but treated in the same way. Colorful, existing, speaking, in a silent white.