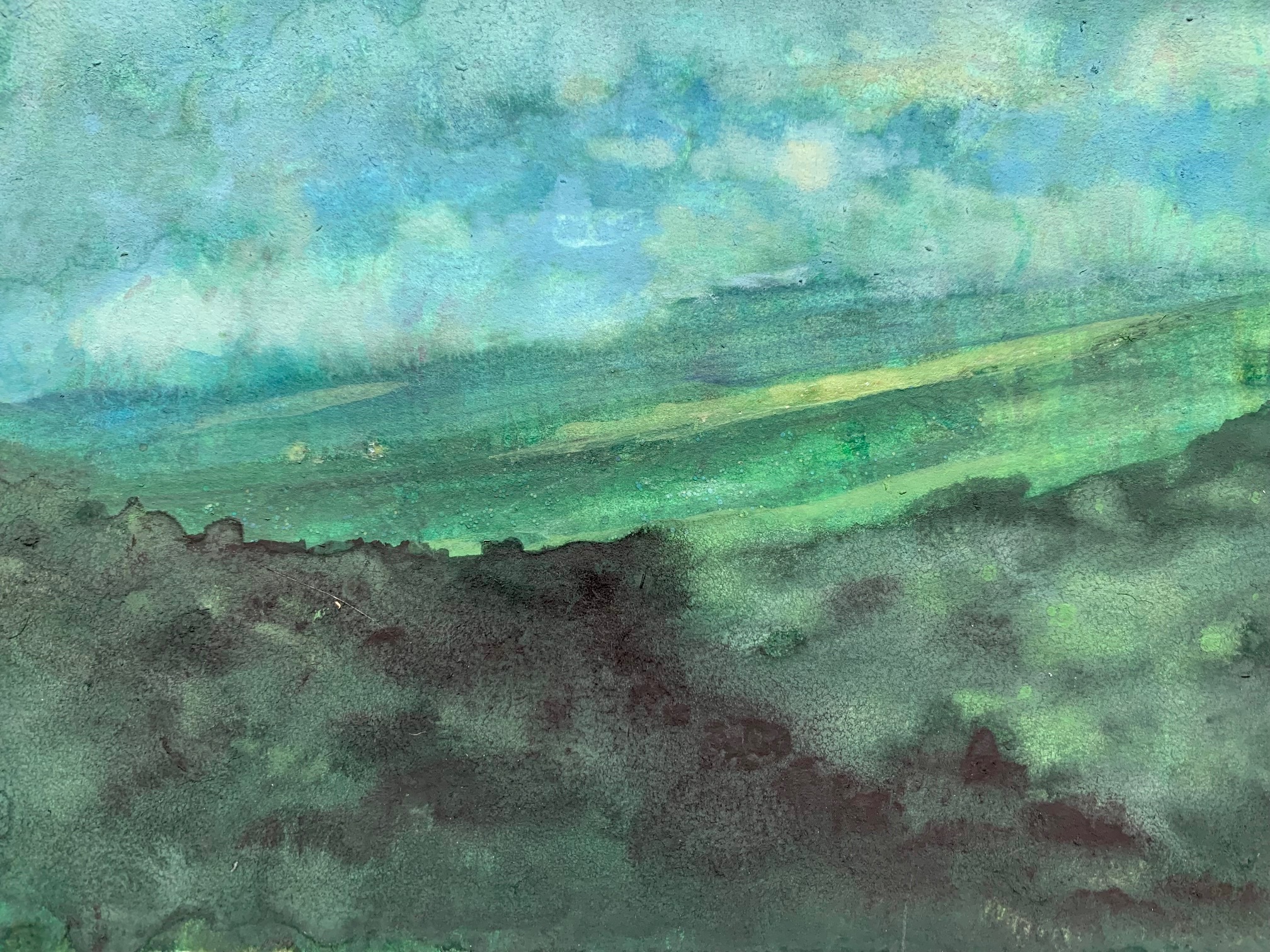 A wave in the foreground, dark and green, covers the paper. It is not clear whether it is made of grass all caressed in the same direction by the wind, too many trees or water that has stolen its emerald color. But it moves, silent and calm, as before the storm.

Behind her, less dark, with a few glittery notes that the most skilful eyes will see, streaks of greenery emerge in a field that turns into a hill, confidently on its way to the sky. These two mix and merge: it is the sky that wants to embrace the flowering earth, and it is the flower that wants to grow more than reason.

All the colors here blend together and respond to each other, none disturb each other, all complement each other in the creation of a landscape that one would believe almost abstract if Nature had not already shown us such a picture of sublime confusion.