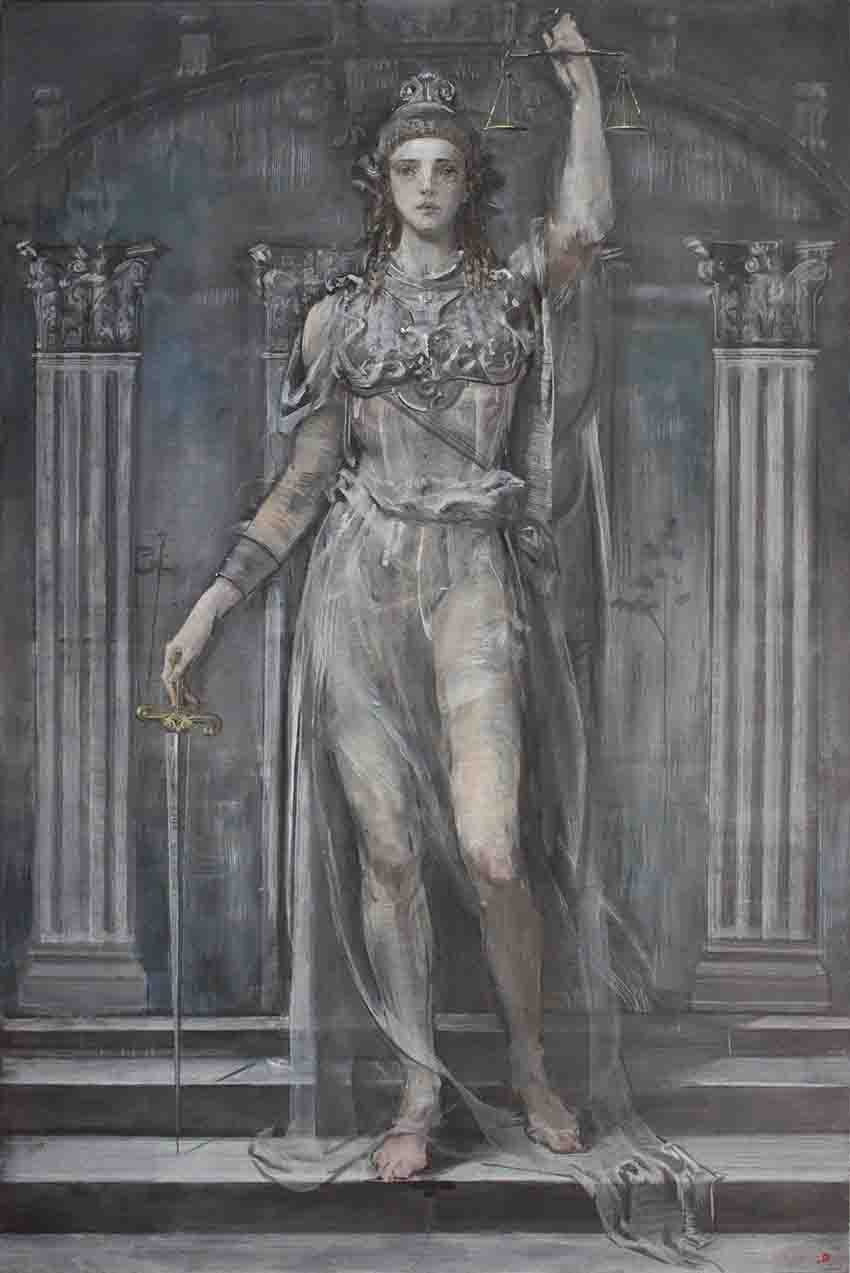 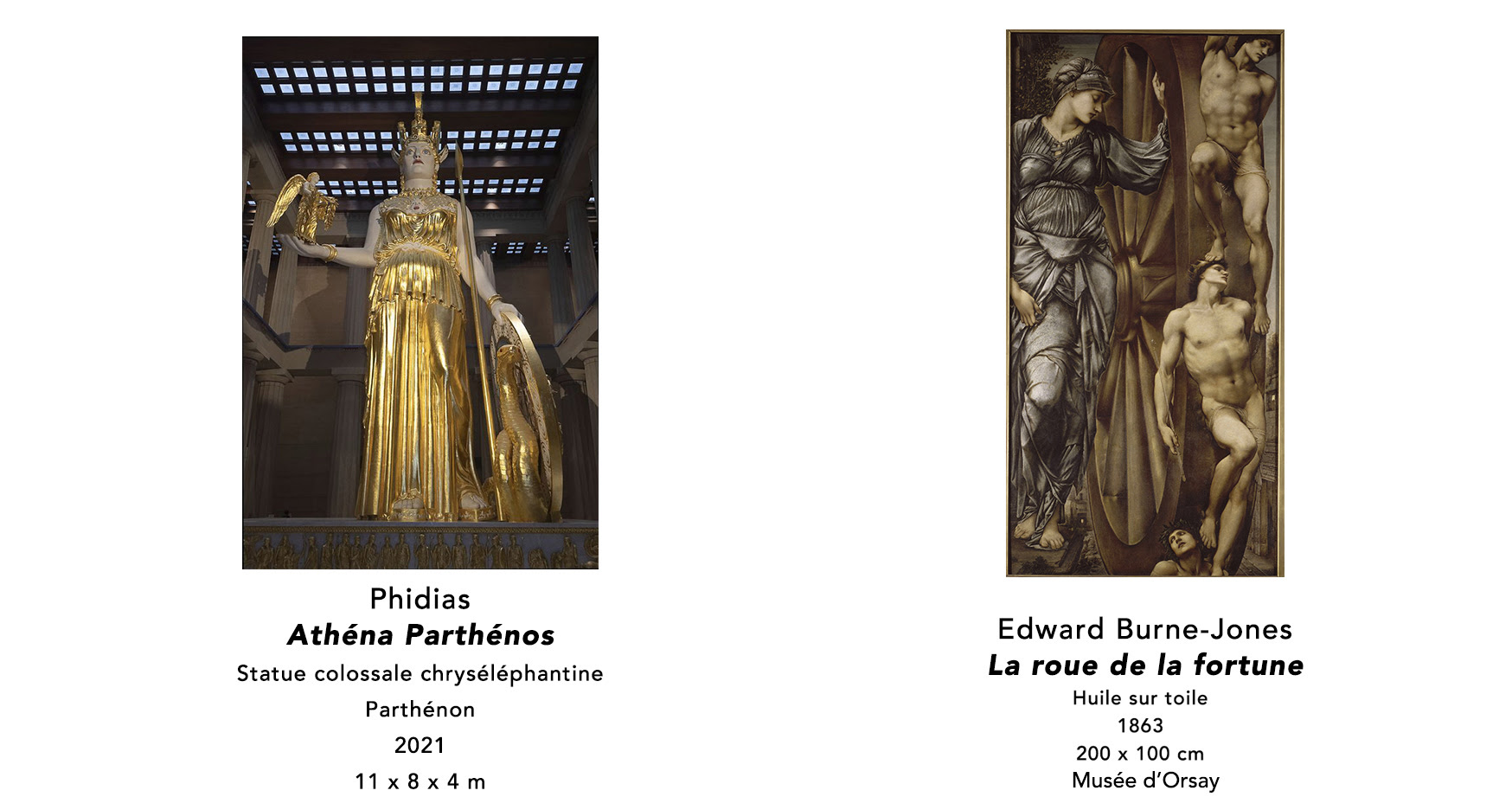 This large work by Dongni Hou is a tempera on canvas. The technique, which we detailed in a previous commentary on another work by the artist, is the one she favors for more ease and lightness in the gesture: a certain spontaneity emerges from the use made by Dongni Hou of tempera.

In this great vertical canvas remains a powerful female body, standing, holding the sword and lifting the scales. This personification of justice, the straight gaze, the leg in a stable and elegant contrapposto, is dressed in a translucent veil and a semblance of armor, more decorative than defensive. Around it, the steps and columns of a Greek temple with Corinthian capitals rise, it is ancient and whimsical, gray like moonlight. The allegory seems to be a ghostly apparition in this theatrical setting, like the commander, made woman, of a revisited Don Juan.

The only silent power of the figure which stands in the foreground of this canvas is enough to summon the image of an Athena Parthenos: the one who guarded and adorned the most famous temple in Greece was then chryselephantine, that is to say made of gold and ivory. Here, our warrior, constantly in fight, seems to be made of moon and money, ensuring respect for the world, without respite and without rest. She is dignified and proud, tired, no doubt, but eternally young: she resembles those beings who do not die.